A comparison with other innovation cities

Kendall Square, in foreground, is the epicenter of the region’s innovation economy. Photo by Les Vants, courtesy of Cambridge Redevelopment Authority.

Kendall Square, in foreground, is the epicenter of the region’s innovation economy. Photo by Les Vants, courtesy of Cambridge Redevelopment Authority.

The tension between economic success and social equity is not unique to Cambridge. A look at demographic, housing, and economic trends across a cohort of 25 innovation cities1 — including established ones like San Francisco and Seattle, growing ones like Denver and Austin, and emerging ones like Nashville and Pittsburgh — reveals characteristics and challenges familiar to us in Cambridge. of Cambridge residents are employed in the innovation sector

Although by far the smallest of the cities, Cambridge is the leader in terms of employment in the innovation economy. With more than 20 percent of adults working in an innovation cluster occupation such as software development or biochemical research, Cambridge has a higher concentration of this workforce than any other innovation city, ranking above Seattle, with 15.4 percent, San Jose (14.9 percent), and San Francisco (12.5 percent). Moreover, Cambridge ranks sixth among the 25 cities — behind only Seattle, Miami, San Francisco, Denver, and Washington, D.C. — in the growth in this workforce since 2010.

Innovation cities are defined by an economic base concentrated in high-tech, biotech, engineering, and life sciences jobs, and “the intrinsic qualities of cities: proximity, density, authenticity, and vibrant places.”2 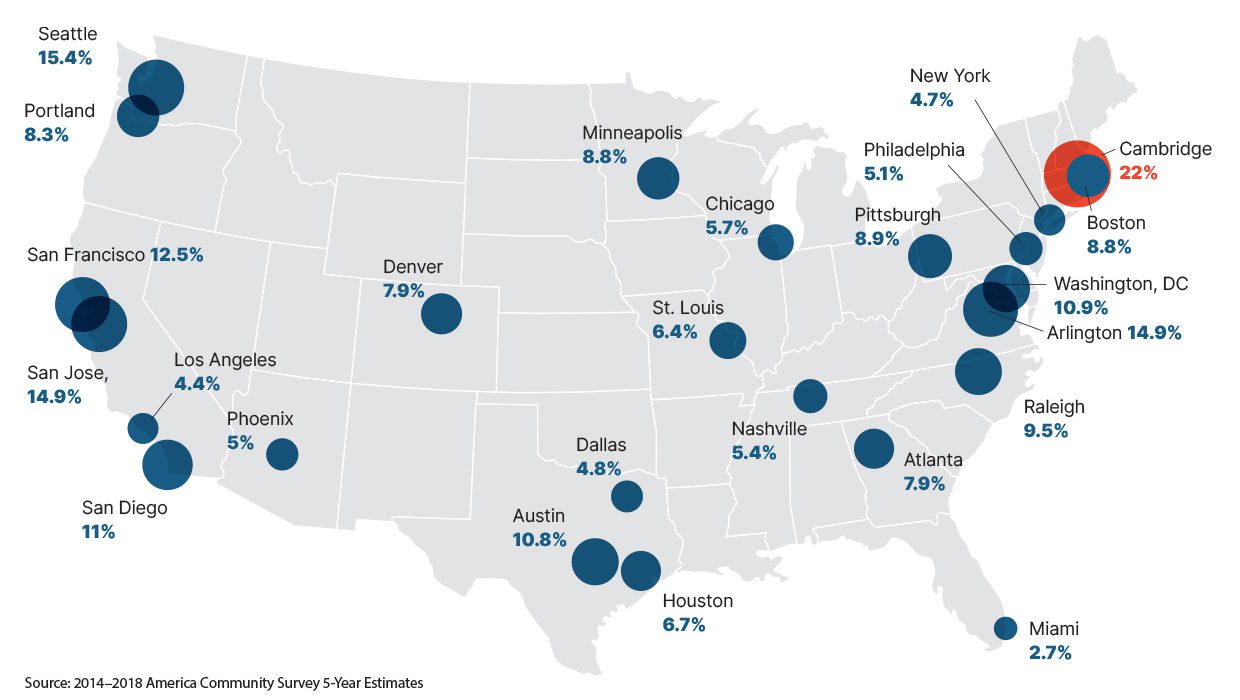 Chart 1.1: Share of Residents Employed in the Innovation Sector

22% of Cambridge residents are employed in the innovation sector.

“Kendall Square enables the future by connecting the people changing the world. We helped guide the first moon landing, map the human genome, and fast-track COVID-19 testing and vaccine development. Now, our greatest challenge is pivoting our policies, practices, and resources to collectively and collaboratively create equity across the region.”
— C.A. Webb, President, Kendall Square Association

With a median household income topping $95,000, Cambridge ranks fourth in income among today’s leading innovation cities. In fact, Cambridge now ranks among the top cities in almost every measure of income — and also of inequality. Cambridge has the fourth-highest median household income, at just over $95,000, behind only Arlington, Virginia, with $117,374, San Francisco ($104,552), and San Jose ($104,234), and well above the 25-city median of $60,760. Cambridge led all innovation cities in income growth in the past decade.

However, of the 25 innovation cities, Cambridge has the seventh-largest gap between average households in the top and bottom quintiles, behind only Boston, Atlanta, Washington, D.C., New York, Miami, and San Francisco, with the average household income in the highest quintile earning 25 times as much as in the lowest quintile. 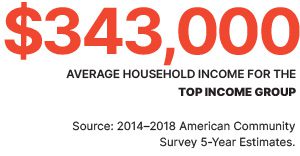 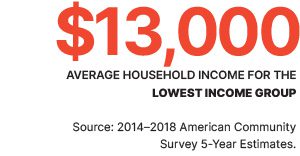 Cambridge has the largest share of 18- to 34-year-olds of any innovation city. It leads the pack in the share of college-aged and millennial workforce populations, with 18- to 24-year-olds now comprising 20 percent of the population and 25- to 34-year-olds accounting for 28 percent. Both of these age groups are contributing to the city’s population growth. Cambridge ranks second among innovation cities for overall growth in population between 18 and 34, with almost all of that growth attributable to the younger group.

Cambridge ranks in the middle of the pack in recent population growth.

Cambridge has attracted more young adults than almost all other cities.

Children are disappearing from innovation cities nationwide. With the exception of Arlington, Virginia, and Washington, D.C., all of the innovation cities have lost children since 2010. Cambridge ranks among those with the largest decline in the under-18 population, and now has the smallest child population of all innovation cities. Children under 18 make up just 12.4 percent of the city’s population. 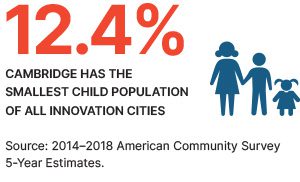 Almost all innovation cities are losing children, with Cambridge in the middle of the pack.

Cambridge is becoming more diverse but with a stagnating Black population.

40% of Cambridge residents are people of color.

Cambridge’s rental costs are nearly twice the innovation city median. Cambridge is among the most expensive innovation cities when it comes to the cost of housing for both owners and renters. With a median value of over $700,000, Cambridge ranks behind only San Francisco ($1,009,500) and San Jose ($793,100) in home prices.

And it has the highest median contract rental price, at almost $2,000 a month — nearly double the innovation city median of just over $1,000 a month and more than eight times higher than cities like Pittsburgh and St. Louis, which have the lowest median contract rent at $764 and $620, respectively. It is worth noting that the average contract rent, which includes subsidized affordable and rent-controlled units, is often lower than the average market rate rent, which was just below $3,000 a month in Cambridge in December 2020, according to RENTCafé.