This fine-grained view of Cambridge reveals the impact of far-reaching economic change, as an old city dominated by venerable educational institutions becomes a new city with a cutting-edge economic base. In the case of Cambridge, the new has emerged from the old, with higher education in science, engineering, and advanced technology giving birth to industries that attract an increasingly young, mobile, and highly educated workforce. The ripples of this economic change can be felt well beyond the workplace, in the areas of income, housing affordability, racial makeup, and educational attainment. 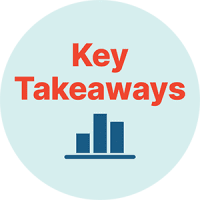 of all income went to the top 5% of households

in the middle quintile are between 25 and 34

Among the most striking findings of this report are the income differences that mark Cambridge today. While the highest-income quintile accounts for 51 percent of the total earned income in the city, the lowest-income quintile shares just 2.2 percent of the city’s total earned income. With an average income of $13,280, households in the first quintile earn nearly $330,000 less than households in the top quintile, which have an average income of $343,190.

The second, middle, and fourth quintiles had the largest increase in household income.

“We need to reinvest in local art and local communities around art. Cambridge always was vibrant and had a bit of an edge to it. It has this feeling of possibility. A lot of collaboration and a lot of art is happening in this small space.”
— Jackie O’Riley, Dancer

The quintiles reveal details of the “new Cambridge,” a place with a booming millennial population, a stagnant and falling under-18 population, a mature adult workforce that tends toward the upper tiers, and an elder population divided into those with income and those without.

Race and ethnicity are highly correlated with income in Cambridge. People of color comprise almost 60 percent of the population in the lowest-income quintile and just 26 percent in the highest. And while Cambridge has become more diverse within every quintile, the change has not been uniform.

20% of the top quintile are people of color.

20% of the top quintile are people of color.

The types of households and families vary widely across the quintiles, with individuals living alone clustered in the two lowest-income quintiles; nonfamily households, including unmarried partners and adult roommates, living in the middle tier; and traditional “nuclear families” clustered at the top.

29% of the middle and fourth quintiles are multiperson, nonfamily roommates.

29% of the middle and fourth quintiles are multiperson, nonfamily roommates.

1 in 3 single parents with kids live in the first quintile.

There are more high-income renters in the fourth and top quintiles than a decade ago.

There are more high-income renters in the fourth and top quintiles than a decade ago.

More than half of all households in the lowest-income quintile spend 50 percent or more of their income on housing. In a city dominated by renters, the top quintile stands out as majority homeowners. At least two-thirds of those in the bottom 80 percent of households are renters, compared with just 37 percent in the top quintile. While small, this is a higher share than a decade ago, when just a quarter were renters, indicating that there are now more high-income renters living in Cambridge. At the same time, the second quintile has the highest share of households that own their home outright — nearly 17 percent — suggesting that while these households may be cash poor, they have some wealth in the form of assets.

Cambridge has a notoriously high cost of living, which is reflected in the level of housing cost burden among lower-income households. Virtually all renters and homeowners in the two lowest-income quintiles are considered housing cost–burdened in that they are spending more than 30 percent of their income on housing. This includes more than half of the households in the lowest-income quintile, which are extremely cost-burdened and spend more than half of their income on housing. By contrast, almost no households in the top two quintiles are housing cost-burdened.

56% of renters in the first quintile spend half of their income on rent.

56% of renters in the first quintile spend half of their income on rent.