Cultural Visionary: Tunney Lee, architect, urban planner, professorJenny White2021-03-08T21:24:28+00:00
We’re saddened by the loss of one of our Cambridge Cultural Visionaries, Tunney Lee. He dedicated his life to the local Boston/Cambridge community—as a mentor, professor, historian, citizen, and inspiration, particularly to young designers and architects. We’ll long continue to be inspired by Tunney‘s passion for his craft and commitment to his community. We invite you to read his obituary published by The Boston Globe.

MIT Professor Emeritus Tunney Lee was former Head, Department of Urban Studies and Planning at MIT, and the former Head of the Department of Architecture, Chinese University of Hong Kong. He served as Chief of Planning and Design at the Boston Redevelopment Authority and was also Deputy Commissioner of the Massachusetts Division of Capital Planning and Operations. His research and teaching at MIT focused on the process of community-based design and he has led many studios involving Boston area neighborhoods including East Boston, Fenway, and Alewife. Most recently, his research focused on urban development of the Pearl River Delta in China, and an Atlas of Urban Residential Densities.

Mr. Lee was a board member at So Cove Health Center; Kwong Now Chinese School; and Asian American Development Corporation (where he was also a founding member). His atlas on Boston’s Chinatown is under preparation and to be published by MIT Press.

Tunney Lee was the recipient of the Chinese Historical Society Sojourner Award. 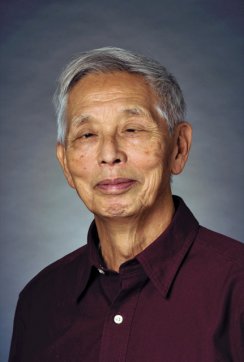 In 2020, the Cambridge Community Foundation named 20 exceptional artists and creators as Cambridge Cultural Visionaries, recognizing, for the first time, a diverse and talented group of individuals who have had a major impact on the cultural richness celebrated in Cambridge and beyond for over half a century. In their honor and in recognition of the community’s commitment to safeguard the arts in our city and spark creativity of future generations, the Foundation launched the Cultural Capital Fund to support the creative fabric of the city. Learn more.