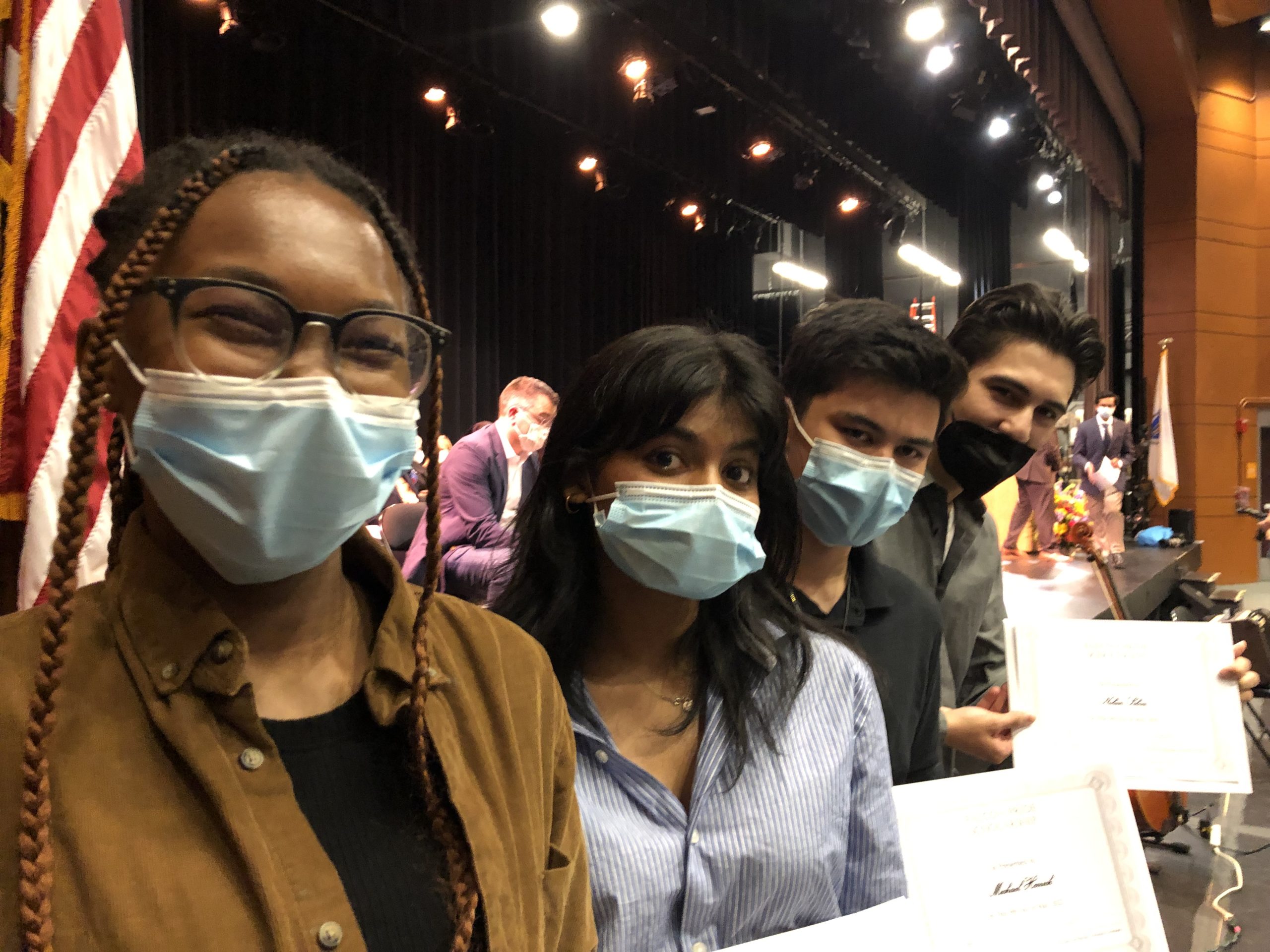 Our community’s commitment to high school graduates was on display at the Cambridge Rindge and Latin School Scholarships & Awards last night, where just over 200 scholarships totaling more than $410,000 were announced.

“It was amazing to see our community and peers stepping up to support our students tonight,” said Kim Goldstein, a core supporter of the Falcon Pride Scholarship, who joined Falcon Pride cofounder Liz Keating in handing out awards. “This community has really increased its giving to scholarships. We’re just one of the groups raising more money, making it possible for our students to take their next steps to college and careers. I’m so proud of Cambridge and our students tonight.”

This new cohort of Falcon Pride Scholars – the fifth since the scholarship’s founding in 2017 – includes Hafeza Chowdhury, Michael Herrick, Sherley Maurice, Nolan Silva, and Elsa Haile. Elsa is the recipient of the new Falcon Pride Bushner Breakthrough Scholarship, made possible through the generosity of Cambridge Community Foundation donors, Lissa and Mel Hodder, to support a student affiliated with the Breakthrough program. Ymari Blackman was named the Legends Live Forever Scholar, created in honor of the late Xavier Louis-Jacques, and Lisa Jones is an honorary recipient of the scholarship. Julian Massari received the Walter Knight Sturges Visual Arts Scholarship.

We’re deeply grateful to all the people who have supported our seniors and the donors who have contributed to these scholarships, assisting deserving local youth to reach their academic dreams. As CRLS Principal Damon Smith said, success is a team sport.

Stay tuned for more details on our scholarships and scholars.

Join in supporting our CRLS graduates! Donate online to the Falcon Pride Scholarship or to the Legends Live Forever, Xavier Louis-Jacques Scholarship.