At Cambridge Community Foundation’s annual dinner on May 8, 2018, long-time resident and WGBH journalist Callie Crossley served as the Master of Ceremonies and introduced Harvard professor Brandon Terry, CCF President Geeta Pradhan, and Chairman of the CCF Board Rick Harriman to a capacity crowd of civically minded residents, who came to support the values of Cambridge and the Foundation. Powerful words were shared, and friendships were formed and renewed. 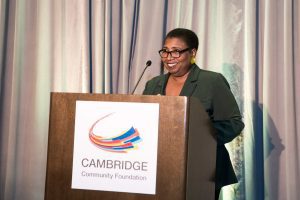 Crossley spoke about how Cambridge, a vibrant and ever-growing community, is becoming increasingly inaccessible for those with less wealth.

“We are a city with open arms and offer enviable resources – but the financial challenges of living here continue to grow,” she said, adding that 14% of Cambridge residents and 17% of young people here live in poverty.

Reflecting on the 50-year anniversary of Martin Luther King’s untimely slaying on April 4, 1968, Terry discussed the continuing prevalence of glaring racial disparities in economic mobility, as well as ghettoization and racial segregation that plague African American families and communities. “Such enduring inequality represents an assault in the dignity and self-respect of poor people and undermines the very freedoms and civil rights that the Civil Rights Movement fought so valiantly to obtain,” said Terry.

These historic moments resonate today, and they resonate locally. 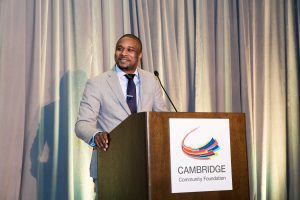 “This question of the moral and political obligations of affluence is especially crucial in communities like Cambridge,” Terry said. “Here, new vistas of scientific, technological and intellectual achievements are routinely opened by clusters of dedicated, well-resourced people recruited to work and study here from around the globe.”

Utilizing Cambridge’s strengths to address its challenges drives the work of the Foundation. Cambridge is a vibrant city full of artists, innovators, scholars, students and resilient families. Serving the entire city and recognizing the richness it contains, Cambridge Community Foundation’s goal is to promote social equity and contribute to a just, culturally diverse and equitable urban community. We support strong families, promote opportunity in Cambridge’s burgeoning innovation economy and foster creativity through grantmaking to local nonprofits, gifts from our generous donors, and civic leadership.

Harriman’s words during the evening affirmed the Foundation’s abiding commitment to equity.

“We all know that we live in a city that is an engine of growth, an innovation economy, but unfortunately, despite our cultural, intellectual and financial capital, far too many of our fellow citizens do not have the opportunity to really thrive,” he said.

President Geeta Pradhan stressed that though Cambridge is a growing, prospering, city, it still faces challenges that are part and parcel with its expansion. Uneven prosperity pushes people out of the city; in fact, racial disparities in education, income, wealth and housing are growing.

The city’s innovation and creativity are helping change outcomes for people left behind.

Pradhan described how the Foundation’s Strong Families Initiative uplifts low-income families, empowering them to aspire to upward mobility through helping themselves and helping each other. She pointed to the important impact that socially-minded businesses in our community can have, citing Google’s donation of 200 laptops to students who earned them by exploring their aspirations and passions in essays. Harriman mentioned the Falcon Pride scholarship and the Immigrant Legal Defense Fund, as examples of CCF’s civic leadership.

“Our growing focuses on getting things done, thoughtfully and with compassion. Our approach is to be a convener, a connecter and a catalyst for change,” Pradhan said. “We are the local giving platform for Cambridge—the place for philanthropy and civic action in the community we all love.” 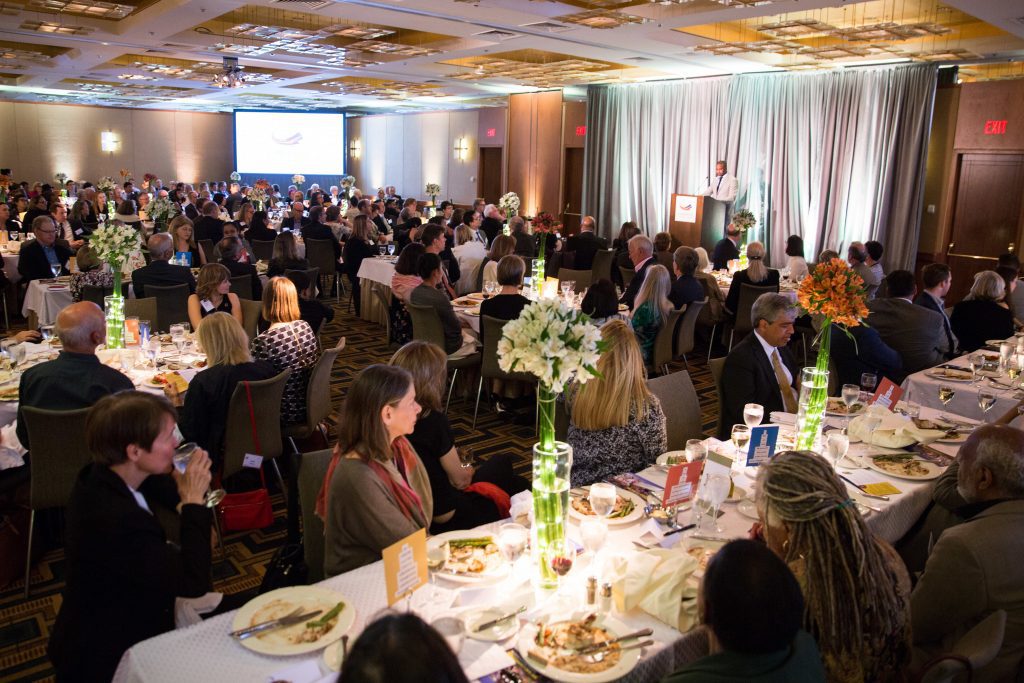 The Cambridge Community Foundation extends a heartfelt thank you to the sponsors, guests, speakers, and especially the Dinner Committee who make the evening memorable.  Together we connected over shared interests and concerns and further strengthened our sense of community and our capacity to support the city we love.