Our community speaks to housing unaffordability.

Previous Next
Our community speaks to housing unaffordability. 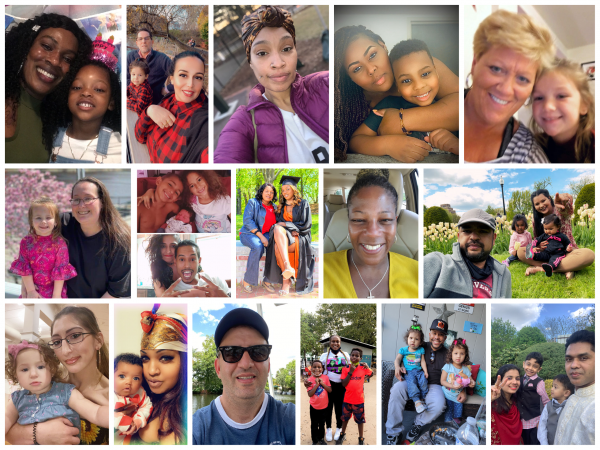 A look inside Cambridge Housing Authority’s report, “Stories of the Can’t Wait List: Who are the 21,000?”

Though the effects of the global pandemic begin to subside and life in Cambridge approaches some semblance of normalcy, many residents continue in their relentless search for affordable housing.  Our research report, Equity & Innovation Cities: The Case of Cambridge elevated the many struggles our residents face in one of the most expensive innovation cities in the country – from income inequity to unequal access to opportunity, to the astronomical costs of housing. A new report by the Cambridge Housing Authority (CHA), “Stories of the Can’t Wait List: Who are the 21,000”, tells the stories of community members who face serious challenges in affording to live in the place they call home.

“I am a Cantabrigian born and raised. It hurts that I can’t afford to rent or buy in my hometown.”

Cambridge currently has one the highest median contract rental prices for both owners and renters, estimated at nearly $2,000 a month. As the CHA indicates, housing is a national crisis with nearly 50% of low-income renters who are cost-burdened from rental prices. Cambridge, as the Foundation’s Equity & Innovation Cities report indicates, is no exception, requiring an income of $106,800 to afford an average market rate apartment. The CHA report reinforces that fact and cites the National Low-Income Housing Coalition who found that a two-bedroom apartment requires an income of at least six figures: the equivalent of 150 hours a week of work at minimum wage. As Cambridge’s innovation economy grows and the city attracts new residents, housing prices have skyrocketed. As of fiscal year 2020, the combined assessed value of residential property in Cambridge was more than $32 billion, up from $9.5 billion in 1990 – 350% growth, precipitating an affordability crisis and the decline in middle- and low-income households, with fewer Cambridge residents  likely to be homegrown.

The CHA’s publication is a stark reminder that that these numbers and data points reflect human beings with real needs and this powerful compilation of stories convey hardships that many Cantabrigians confront, bringing the reader face to face with the harsh reality of the current competitive housing market. These stories and the changing face of our city also lift up a question voiced by residents in the Equity & Innovation Cities report: “Who is Cambridge for now?”

“Affordable for me is not having to choose between food and a roof over my head.”

To shed light on our community as we deal with a national affordable housing crisis, the CHA interviewed and photographed 21,000 households that make up their waiting lists. These interviewees provide halting accounts of the obstacles they encounter, calling attention to issues of accessibility, mental health, precarious living conditions, and personal incomes that do not cover the cost of moving, much less the cost of living. Without the availability of affordable rent, tenants are limited to stressful living situations that are less than ideal when raising a family. For the majority on the CHA’s waiting lists, it is evident that affordable housing represents independence, stability, and the chance to progress in life.

“…My living history and current relationships are emmeshed in this community. If I go, who am I? Where would I find life’s meaning?”

The most impressionable theme woven throughout these stories was the sentimentality of the city of Cambridge. When asked “Why Cambridge?”, respondents – most of whom are native Cantabrigians – listed the accessibility to opportunities, transportation, medical facilities, and good schools. However, interviewees also discussed their appreciation of the arts and culture as well as the inclusive and diverse communities. Intertwined with their memories, family, and friends, Cambridge is part of their identity. This sense of attachment to the city heightens a common feeling of urgency to find a way to remain in Cambridge and avoid further displacement. As our innovation city continues to grow and become wealthier and younger, we must come together as a community and formulate ways in which we can retain our families and longstanding members.

“There is a growing sense of happiness, acceptance, and more beauty to come, and I would love to keep valuing every part of Cambridge.”

The CHA’s publication provides an important platform for Cambridge residents to voice their personal experiences in the search of affordable housing. The realities portrayed humanize and give context to an ongoing issue that needs to be addressed by our community and municipalities. Cantabrigians we spoke with for our Equity & Innovation Cities report mourn the loss of community, recalling neighbors who had to move out as prices rise and leaving them without a “network of people you can trust”. Elevating these voices is an integral part of reminding us of how much further we must go to ensure that we are able to retain Cambridge’s valued diversity by ensuring that people across the income spectrum can find a way to call Cambridge home and are able to afford adequate, safe, and affordable housing. To read the Cambridge Housing Authority’s full publication, visit https://cambridge-housing.org/cantwait/

Written by Madeleine Lachevre. Madeleine graduated from Bates College in 2018 with a Political Science degree and Gender and Sexualities minor. She is interning with the Foundation for the summer.