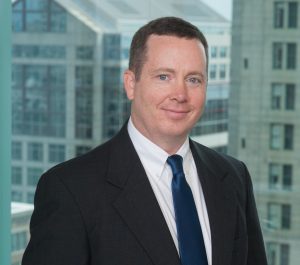 Last December’s federal tax law changes (many of which expire at the end of 2025) may affect incentives for individuals and businesses to make charitable contributions.   While many popular strategies for saving taxes by making charitable gifts – for example, making gifts of appreciated property, or direct charitable IRA rollovers – remain effectively unchanged, other gifting strategies may no longer work as intended from a tax perspective.

It is likely only a particular subset of donors will be significantly affected by these changed tax incentives.  Donors who were non-itemizers before these changes are likely to remain so and will see no meaningful change in tax incentives for charitable giving.  Conversely, many donors who were itemizers before will likely remain so, and still have plenty of incentives to find tax-efficient ways to reduce the burden of income or estate taxes by making charitable gifts.  Those on the borderline between itemizing and non-itemizing may need to review the timing and sources of gifts in light of the new law – however, the charitable impulse is the overriding consideration in giving, and nothing in the new law should prevent people from continuing to support the organizations they care about, and to receive tax benefits from doing so.

On the other hand, residency may also play a role in taxpayers’ decisions.  Many Massachusetts residents already have significant itemized deductions, including state and local tax and mortgage interest deductions, meaning that a Massachusetts taxpayer is more likely to be an itemizer regardless of the increased standard deduction.

Taxpayers who are nevertheless affected may adopt a “bunching” strategy, such as giving $50,000 once every five years, rather than $10,000 each year.  This allows a donor to itemize in the year of the gift, and claim the standard deduction in the other years, limiting the tax impact of the increased standard deduction on their charitable giving.

Estate Taxes.  Federal estate taxes have been virtually eliminated for all but a very small number of taxpayers.  The federal estate tax exemption amount has increased to over $11 million per person or over $22 million per married couple.  It is unclear the extent to which changes in the estate tax affect testamentary giving, as many people leave property to charity out of a desire to benefit charity, and not because of tax incentives.  Regardless, many states (like Massachusetts), still have estate taxes with very low exemption amounts, and donors in those states may have estate plans geared at optimizing charitable gifts regardless of these federal changes.

Increased AGI Limit for Cash Gifts.  The 2017 tax act increased the AGI limit for gifts of cash to public charities from 50 percent to 60 percent.  However, the increased 60 percent AGI limit is available only when a donor is relying solely on gifts of cash to public charities, and not gifts of stock or other assets (or gifts to private foundations).  Gifts in excess of these AGI limits are not deductible in the year of the gift but may be deducted in future years.

In all, while these tax law changes may have some effect on timing and manner of giving, many people make charitable gifts regardless of whether they will receive a tax deduction, and it is likely that any effects of these changes will be felt less strongly in higher tax states (like Massachusetts) than in many other parts of the country.

We encourage our readers to contact their tax and legal counsel for more information about how these changes may affect them, and what they may do to limit any negative impact on their tax returns.

This text was excerpted from a longer article; please contact [email protected] for a copy.

Brad Bedingfield is a member of the Cambridge Community Foundation Professional Advisors Council.