New murals will make Central Square an open gallery for everyone

New murals will make Central Square an open gallery for everyone 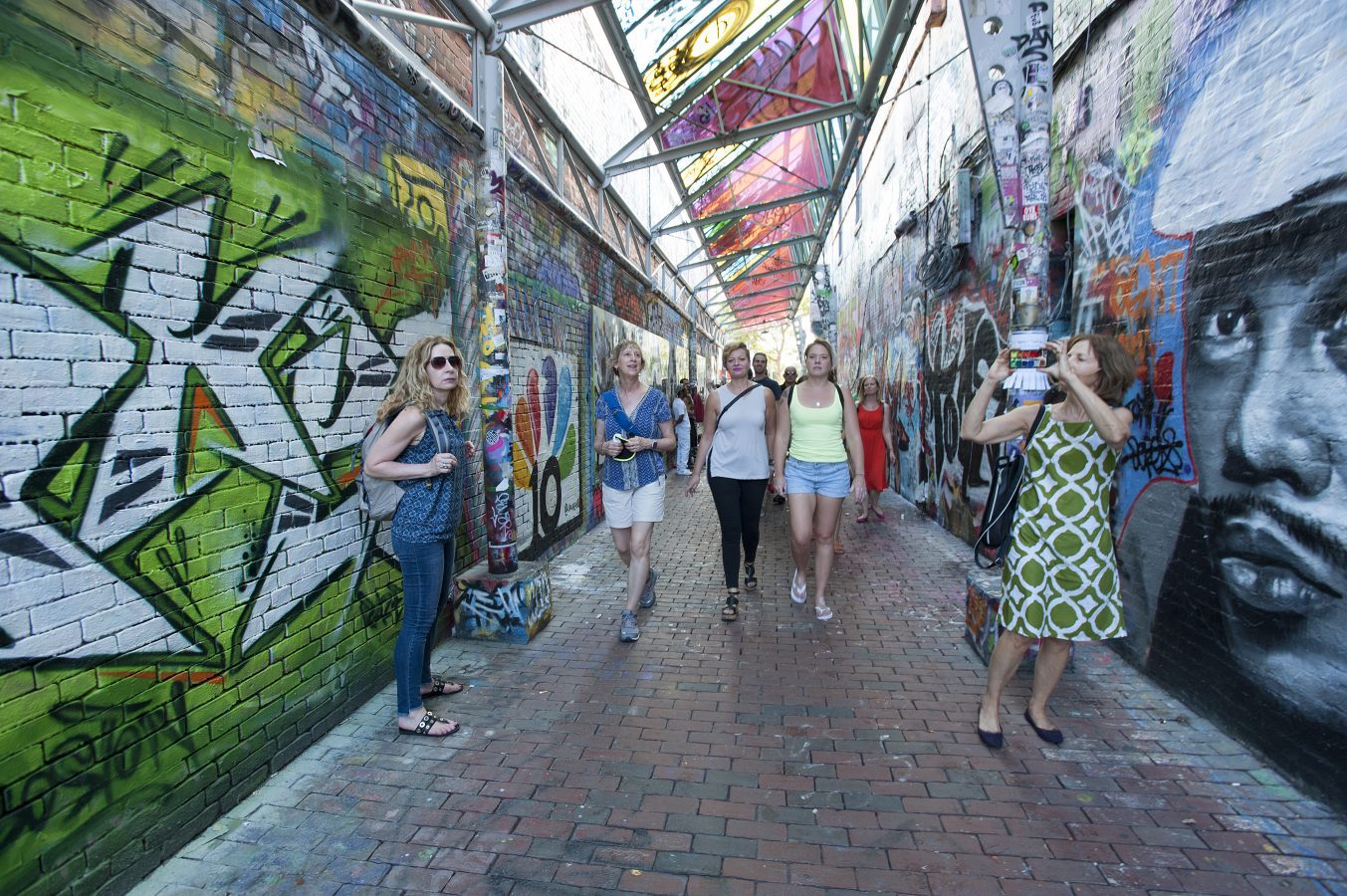 On a blistering-hot afternoon in Central Square an eager group of residents, business owners and curious passersby gathered in Lafayette Square Park for a neighborhood tour of seemingly nothing more than the weathered brick and cement walls of 10 area buildings.

But even on this extremely humid August day, the crowd of about 100 people was charged with enthusiasm. What they were anxiously waiting to see was not just walls, but future canvases for the Central Square Mural Project.

“Art is an important medium and we live in Boston where we have no shortage of institutions where people can experience fine art,” said Michael Monestime, executive director of the Central Square Business Association (CSBA) and the tour guide. “It’s important that art be accessible, and through this mural project we will be creating an open gallery right here in Central Square.” 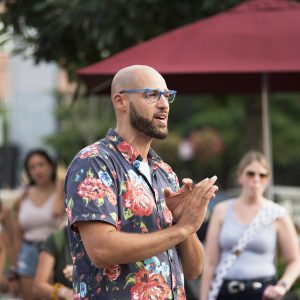 Michael Monestime leads a tour of 10 mural sights in the neighborhood.

This fall, a group of 10 artists from Cambridge and Boston will transform the highly-visible building walls into abstract and interpretative murals in celebration of the neighborhood’s long historic past, its life in the present moment, and its hope for the future a hundred years to come.

The Mural Project is an endeavor of the CSBA to bring vibrancy to a neighborhood in transition, and to colorfully recognize the Massachusetts Cultural Council’s designation of the area as a state Cultural District. The effort also represents an important partnership between the CSBA, business owners, the city of Cambridge, the Cambridge Community Foundation, and other local organizations.

Caleb Neelon, one of the Mural Project’s artists, is an acclaimed muralist and graffiti artist known both locally and internationally. He grew up in Cambridge and still resides there.

“I’m excited because these are walls that I’ve looked at since I was a teenager and I started doing things on walls,” he said. “So this is a very exciting process to see this transform.”

Boston artist Percy Fortini-Wright said the Mural Project is like others across the nation such as the Wynwood Walls in Miami, Fla., which in 2009 brought graffiti artists from around the world to create an outdoor gallery in the city’s old warehouse district. The Central Square project is distinct from that project in that all the artists are local.

“I think this is an awesome project,” said Fortini-Wright, whose highly-regarded work includes a mural beneath Interstate 93 in South Boston. “I feel this will be a chance to do what Wynwood did in Miami with a more experimental art project in a place that I think is begging for it. It’s a no-brainer that Cambridge would have something like this.”

Monestime said the other difference is in the overall goal of the project. 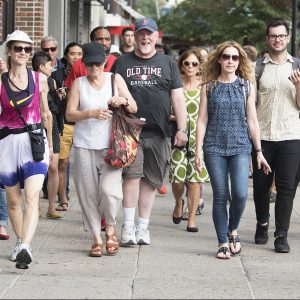 Nearly 100 people toured Central Square on a hot August day to see the locations of 10 murals by local artists.

“A lot of people use a project like this as place-making,” he said. “I want to be very clear that Central Square is already a place and what we are going to work on with this project is place-keeping.”

Cambridge Mayor Marc C. McGovern said he agrees that the Mural Project is a perfect fit for Central Square, a neighborhood where his family has lived for 100 years.

The murals are concentrated in the center of the business area and include the Cambridge Gas Light Company building, the Barron Building, Green Street Garage, and a series of changing murals on the construction wall installed near Toscanini’s Ice Cream and the former location of Cinderella’s Bar & Restaurant across from Lafayette Square Park.

Anne Shuhler, owner of Classic Graphx on Massachusetts Avenue, said the infusion of public art into Central Square could bring a new vibrancy and life to the area.

“Having been here for a long time, I think it will be interesting see what the murals all give us,” she said. “It will be nice to see that energy changing.”

Boston artist Lena McCarthy, whose brick canvas is located on Green Street, is excited by the challenge of bringing new life to the square with her art. She is also excited by the opportunity to share space and energy with other local artists.

“Do I have an idea of what I will be painting?” McCarthy said. “I guess it’s an idea that has been growing slowly in my mind for my entire life.”